What is the classification method and type of static electricity

Classification methods and categories of static electricity
1. According to the way of electrification
① Contact friction separation electrification
Two different objects contact each other and frictionally separate, and each produces the same amount of electric charge with opposite polarity. This kind of electrification mode appears in various industries and daily life.
②Electrostatic induction
When a neutral object approaches a charged object, or a charged object moves closer to a neutral object, due to the electric field of the charged object, the neutral object appears at the end close to the charged object with a charge opposite to that of the charged object. A charge with the same polarity as that of the charged object appears at the far end. This kind of electrification mode also exists greatly.
③Electrification by electromagnetic induction
Power electricity and lighting electricity used in modern industry and daily life are all powered by the principle of electromagnetic induction power generation. Electrostatic technology applications are also new technology applications that use the principle of electromagnetic induction to transform low-voltage electricity into high-voltage electricity.
④Radiation ionized air electrifies
Air and insulators will ionize and electrify neutral molecules under the radiation of radioisotope α, β, and γ rays.
⑤The three-state change of matter is electrified
Water is a good conductor, and when water is below 4°C, the liquid becomes solid. When it freezes, the ice is charged, and the liquid water becomes water vapor-gas, and water vapor is charged. When water vapor rises and condenses into water droplets, snow or hail, it is also electrified.
⑥ Molecules split and electrify
Deformation, fragmentation, and fracture of an object will cause its neutral molecules to split and become charged, and sometimes sparks will appear at the moment of sudden fracture or fracture.
⑦ Polarized electrification
In an electric field, the positive and negative charges of some non-charged dielectrics will be slightly displaced in opposite directions under the action of the electric field force. For most polarizable molecules, their dipoles must be aligned. Therefore, It appears that one end is negatively charged and the other end is positively charged, which is commonly called dielectric polarization.
Some dielectrics will undergo electric polarization when a certain pressure is applied. When an electric field is applied, the dipole moment will be tilted. The former is the piezoelectric effect, and the latter is the piezoelectric thermal effect.
In the absence of an external electric field, some media will permanently preserve the electric polarization and form an electric field around them. Such objects are called electrets. Due to the different preparation methods of electrets, there are thermal electrets, electric electrets, optical electrets, radioactive electrets and electromagnetic electrets.
⑧ Field emission electrification
A particle becomes an electric dipole in any electric field. If the electric field is very strong, the electrons in the particle may be drawn from the negative end by the high electric field, which is called electronic field emission, or the positive ions in the particle may be removed from the negative end. The positive terminal leads, called the positive terminal field emission. In this way, a large amount of electrons can be obtained in a short time, and the pulse system of electronic field emission can be used for short pulses of X-rays and exposure in high-speed photography.
2. Classified by charged body
①The solid is charged
The electrification phenomenon of plastic, rubber, film, paper, film, cloth, chemical fiber, etc. in the production process of demoulding, baking, pressing, winding, conveying, cutting, etc.
②The liquid is charged
Various insulating oil products, insulating reagents, dirty oil and water, etc. are charged during loading and unloading and transportation operations.
③Gas charged
The discharge of pressurized gas, the discharged gas, water vapor, steam mist cloud, and the charging of the flowing gas in the pipeline.
④The powder is charged
Plastic powder, medicine powder, pesticide powder, gunpowder powder, grain powder, chocolate, milk powder, etc. are charged for crushing, sieving, and air conveying operations.
⑤The human body is charged
Various organs and tissues of the body also exhibit electrical properties during physiological changes or exercise. For example, the resting potential of the human cell membrane is about 100MV.
⑥ Biological charging
Many creatures in nature are charged. For example, the pollen collected by the feet of bees can firmly stick to the feet, that is, the 6-7V static electricity on the feet of bees can absorb the pollen. There is also a charged electric fish in the sea. This electric fish can generate a potential of several hundred volts, and its power generating organs are only a few micrometers in size. I heard that there is another kind of electric tree in Africa.
3. Classification by charge properties
It can be divided into unipolar charge, bipolar charge, positive charge, and negative charge as piezoelectric polarization. 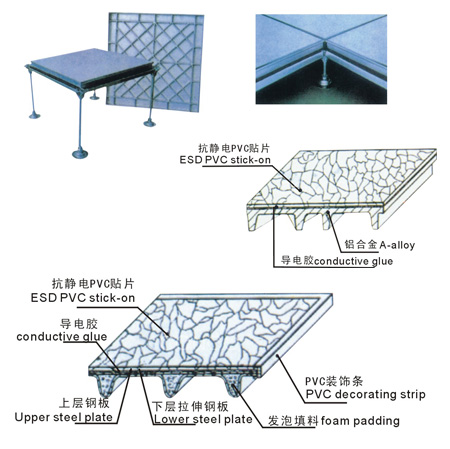 0
Views: 22
PREV: Analysis of three anti-static methods
NEXT: What are the basic protective measures to eliminate static electricity