Detail what kind of harm static electricity brings to people

The generation of static electricity is inevitable in i […]

The generation of static electricity is inevitable in industrial production, and the harm caused by it can be mainly attributed to the following two mechanisms:
One: The harm caused by electrostatic discharge (ESD):
(1) Cause malfunction or malfunction of electronic equipment and cause electromagnetic interference.
(2) Break down integrated circuits and precision electronic components, or promote component aging, and reduce production yield.
(3) High-voltage electrostatic discharge causes electric shock, endangering personal safety. －Guangzhou anti-static overalls
(4) It is very easy to cause explosion and fire in the production site of many flammable and explosive products or dust and oil mist.
Second, the harm caused by electrostatic attraction (ESA):
(1) Electronics industry: Absorb dust, causing pollution of integrated circuits and semiconductor components, greatly reducing the yield.
(2) Films and plastics industry: Films or films are unevenly wound; films and CD plastic discs are contaminated with dust, which affects quality.
(3) Papermaking and printing industry: uneven paper winding, inaccurate overprinting, serious dirt absorption, and even paper sticking, affecting production.
(4) Textile industry: Causes the roots to flutter, torn flower ends, yarn tangles and other hazards. 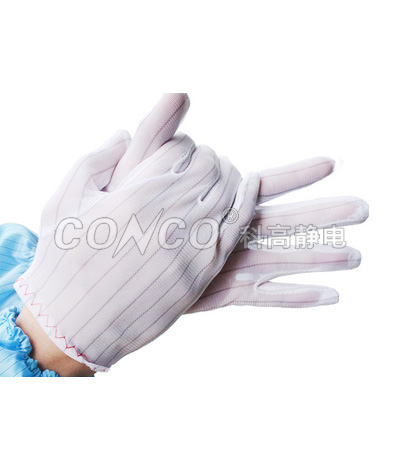 The danger of static electricity is obvious to all. Now more and more manufacturers have begun to implement various levels of anti-static measures and projects. However, it should be recognized that perfect and effective anti-static projects should be formulated in accordance with the actual conditions of different enterprises and different operation targets. Anti-static measures should be systematic and comprehensive, otherwise, it may be less effective, or even cause destructive reactions. There are many hazards of static electricity, and its first hazard comes from the interaction of charged objects. When the aircraft body is rubbed with air, moisture, dust and other particles, the aircraft will be electrified. If no measures are taken, it will seriously interfere with the normal operation of the aircraft's radio equipment, making the aircraft deaf and blind; in the printing house, paper sheets The static electricity between them will make the paper sheets stick together and be difficult to separate, which will cause trouble for printing; in the pharmaceutical factory. The static electricity attracts dust, which makes the medicine less than the standard purity; the static electricity on the surface of the screen easily absorbs dust and oil stains when forming a TV, forming a layer of dust film, which reduces the clarity and brightness of the image; just on the blended clothing The common dust that is not easy to take off is also a ghost of static electricity.

The second biggest hazard of static electricity is that it may explode due to static sparks igniting certain flammable objects. In the dark night, when people take off their nylon and woolen clothes, they will emit sparks and the sound of "pits", which is basically harmless to the human body. However, on the operating table, electric sparks can cause an anesthetic to explode, injuring doctors and patients; in coal mines, it can cause gas explosions, which can cause death and injury to workers and scrap mines. In short, electrostatic hazards are caused by the use of electricity and static sparks. The most serious electrostatic discharge of electrostatic hazards causes fires and explosions of combustible materials. It is often said that precautions are taken beforehand, and the measures to prevent static electricity are generally to reduce the flow rate and flow rate, transform the process with strong electricity, and use equipment materials with less electricity. The simplest and most reliable method is to ground the equipment with wires, so that the electric charge can attract people to the ground and avoid the accumulation of static electricity. Careful passengers will probably find that discharge brushes are installed on both sides of the aircraft and the tail of the aircraft. When the aircraft is landing, in order to prevent passengers from being shocked when flying off, most of the aircraft's landing gear use special grounding tires or wires; In order to discharge the static charge generated by the aircraft in the air. We also often see an iron chain dragged from the rear of the tank truck, which is the ground wire of the car. Appropriately increase the humidity of the working environment, let the electric charge discharge at any time, can also effectively eliminate static electricity. This is why it is not easy to do static tests in humid weather. The antistatic agent researched by scientific researchers can eliminate the static electricity inside the insulator. However, everything has two sides. For the hidden troublemaker of static electricity. As long as you understand its temper, and avoid weaknesses, you can also make it serve humanity.

The accumulation of static electricity is inevitable. When the static electricity is serious, it will burn the skin of the person. When the electromagnetic waves and harmful rays of various electrical appliances are excessive, it will interfere with the endocrine system of the person. With the improvement of people's livelihood and the awareness of environmental protection, the application scope of anti-static metal cloth is also expanding. Therefore, a sudden emergence has become a star product in the fabric market. The latest market dynamics show that at present, anti-static fabrics in many developed countries have been used in the field of home textiles, for example, anti-static metal fabrics are used for bed covers, paving, and cushions. The demand is huge, and the orders are constant. However, the manufacturer must have three conditions. First, products must meet the importer's target requirements. Second, post-processing must pass. Third, weaving on a wide-width loom. At present, most orders in Japan and Europe. The domestic northern market also has some sales. There is no doubt that the market prospect of anti-static metal cloth is very broad.